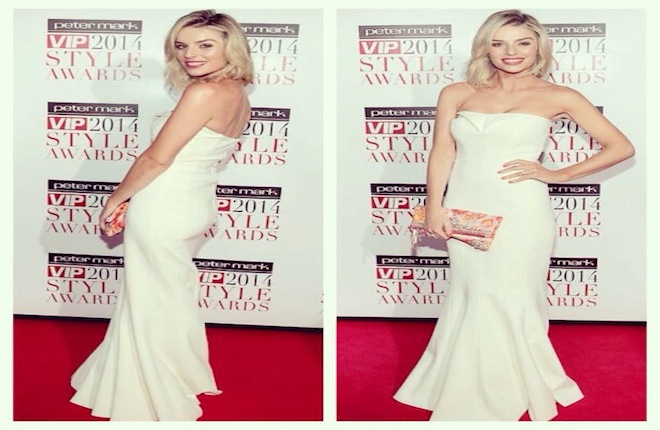 Last night we attended the VIP Style Awards. Once a year for over 10 years now the magazine have held this event.

It’s a fun glamorous night where everyone celebrates all things style! 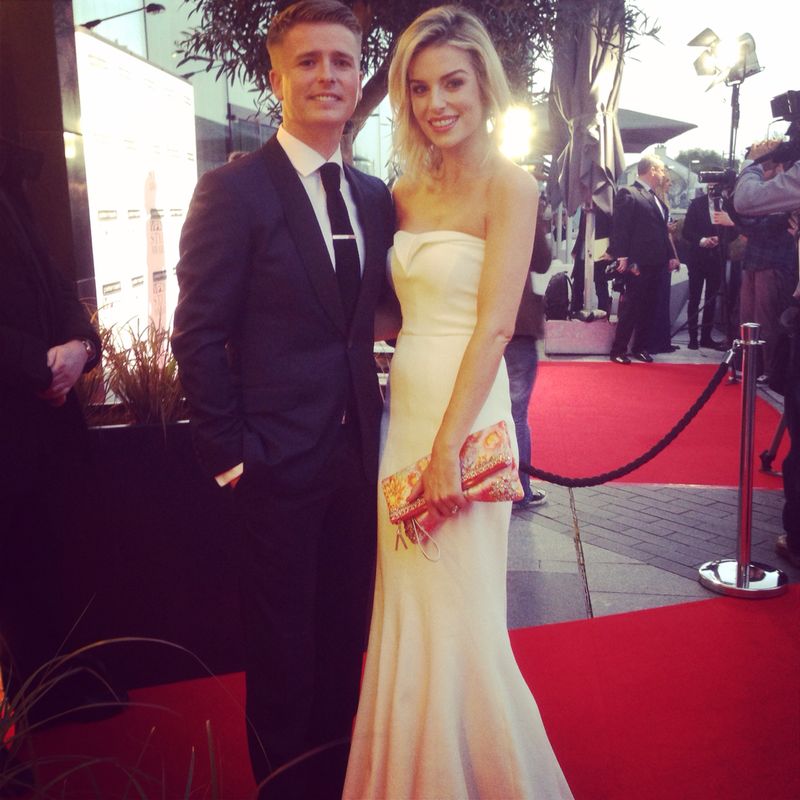 I love going mainly because I love dressing up. It’s great to catch up with people too and just have good fun!

The awards were held in the Marker Hotel for the 2nd time. We were lucky to stay the night too, which was lovely as the hotel is fab. It’s very modern and stylish. It’s situated right beside the Bord Gais theatre.

I didn’t think about my dress too much until last week. I knew I’d get one in The Ivory Closet (limerick) I’ve gotten lots of beautiful dresses for events here.

The girls there are amazing , they know what I like and know what will fit me so I always trust that I’ll get something there. 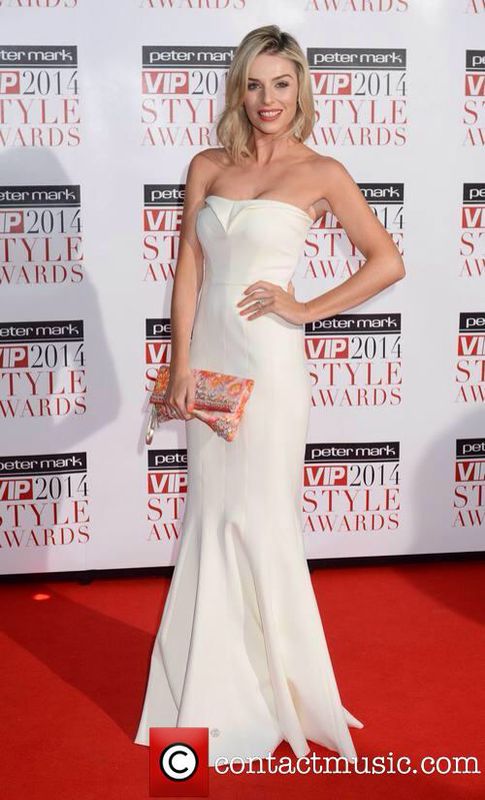 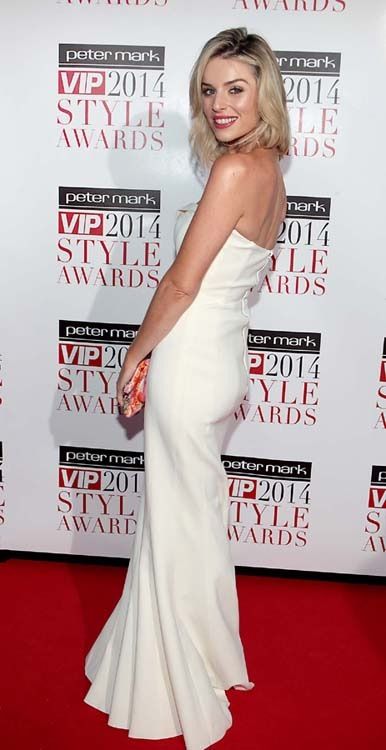 Among the amazing selection they picked out I feel in love with this white Rachel Gilbert dress. I like simplicity and I just thought this dress was simple and elegant. It had a beautiful cut and I just felt good in it so that’s why I chose it.

Not forgetting Brian’s suit.. He looked very dapper in Gagliard suit from Arnotts. I loved that it was a two toned jacket , blue & black. 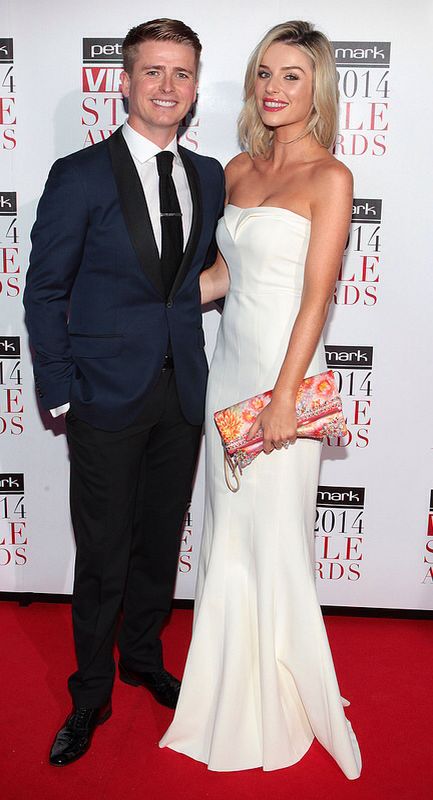 I kept accessories minimal as I felt the dress didn’t need much.

I fancied a pop of colour so chose to have my nails painted bright orange.(by Michelle Burke,Dundrum) it’s gelish called Tiki Tiki laranga! ..and I found this gorgeous clutch in Accessorize that tied in well. 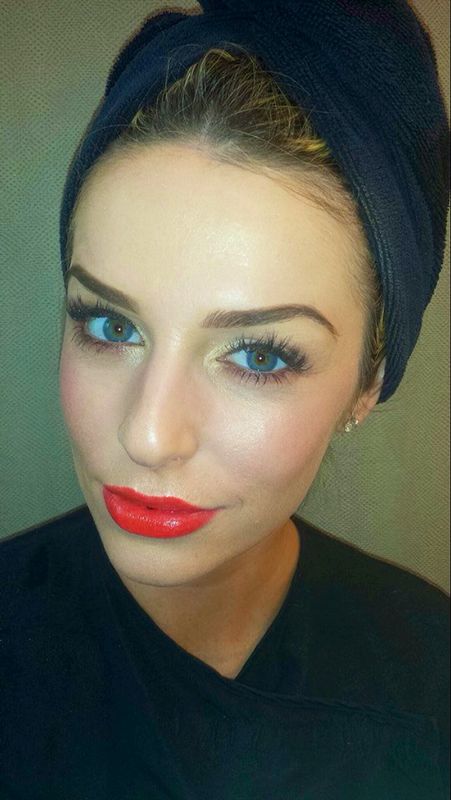 Tara O’Farrell did my make up- using all Buff products.

We went for an orange lip too . It was called ‘posie’ (you can buy Buff make up online)

I had my eyebrows & eyelashes done at the Lash Lounge in Dundrum. I haven’t had eyelash extensions in well over a year so I decided to get them again , I’m delighted I did. They’re great and you feel like your eyes are done even if you’ve no make up on.

Tara Smart from Hessions did my hair. I decided to leave it down after all..I had it blow dried then Tara put a slight bend through it and back combed it.

I did my own tan. I used a mixture of Lauren’s Way and on the night I used a new product that I got by Seventeen called ‘Wow instant tan glow’ it’s a shimmery liquid . It’s very affordable , under €8 from boots. I loved it.

As you can tell it was all created very easily and took no effort what so ever to get ready! Haha NOT!! 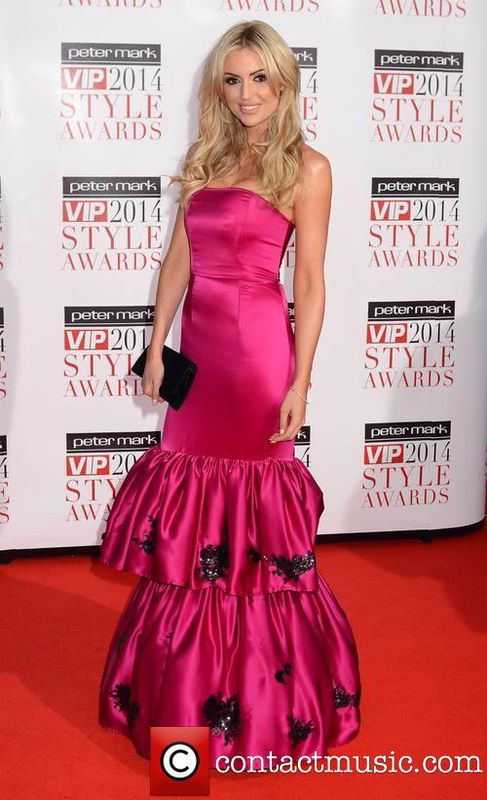 Most stylish man went to Conor McGregor. His acceptance speech was hilarious! He’s totally mad, in a great way!. 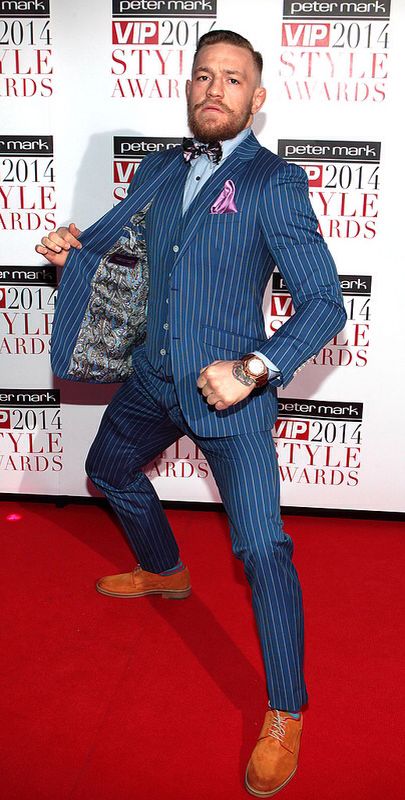 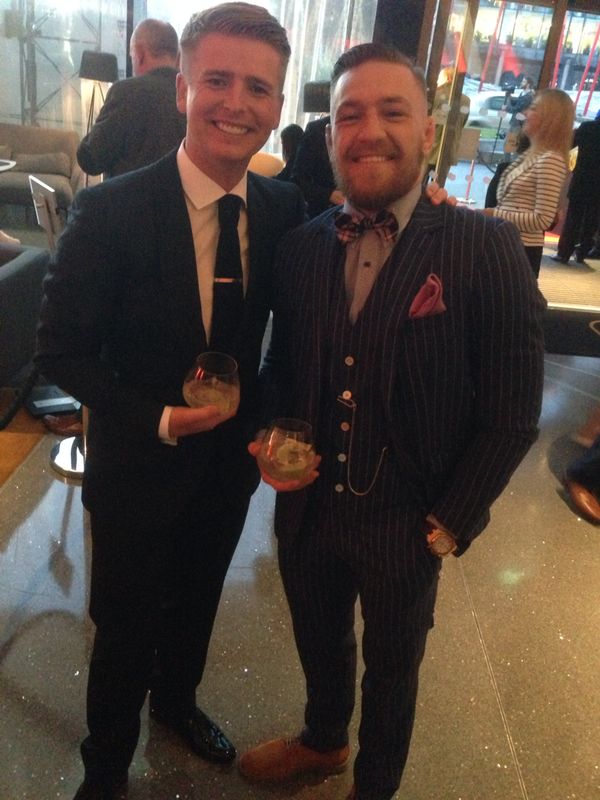 The night was hosted by Brendan Courtney, who changed outfits 3 times! Yes! Showing all us ladies up. He was a fantastic host with plenty of brilliant gags.

A brill night was had over all.

I’m so exhausted today but it was worth it.

I hope you’re having a lovely weekend too.. 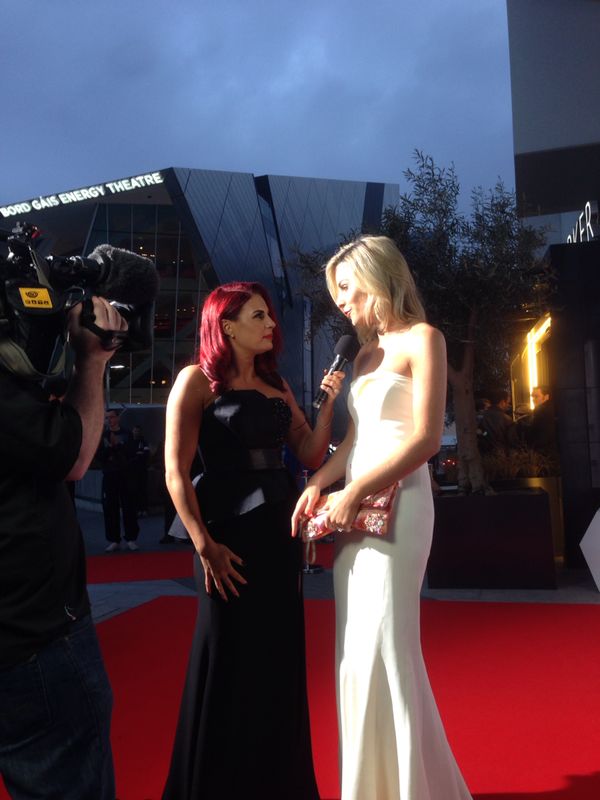 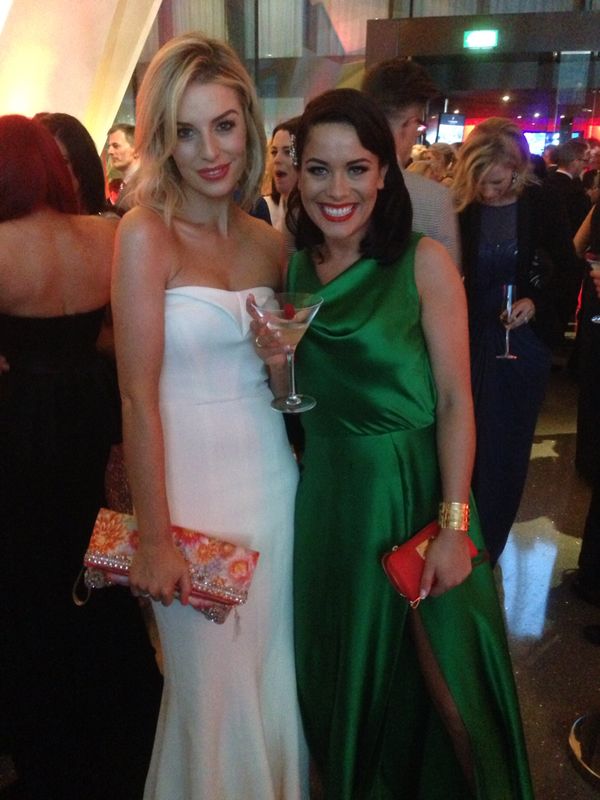 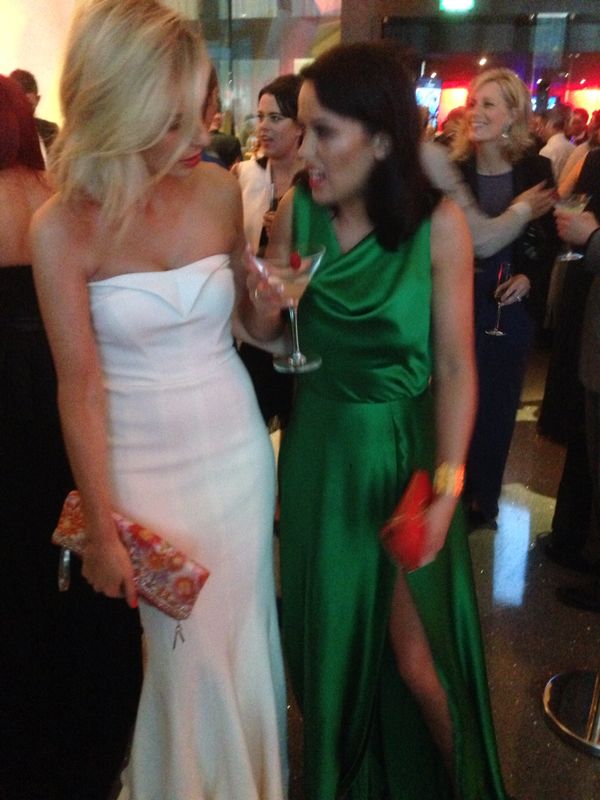 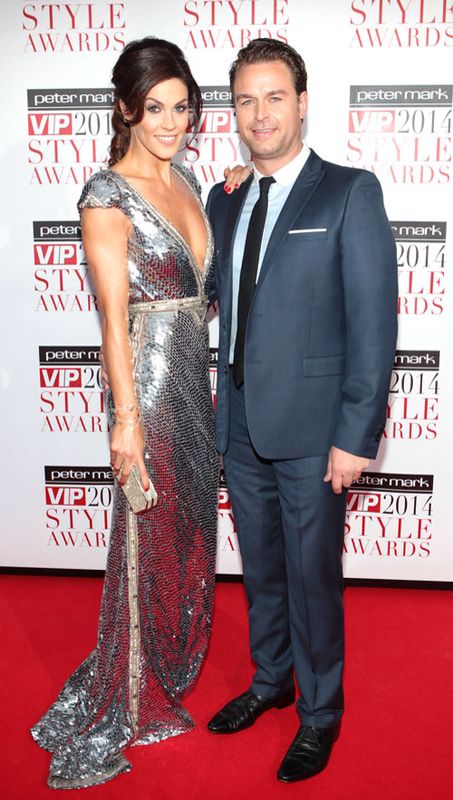 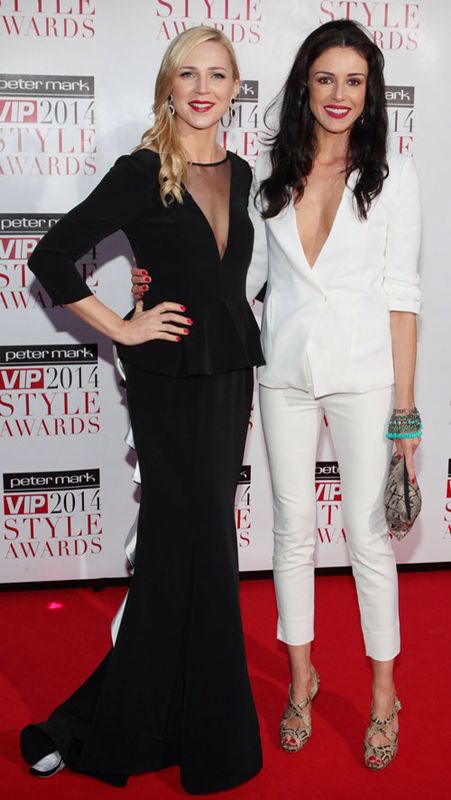 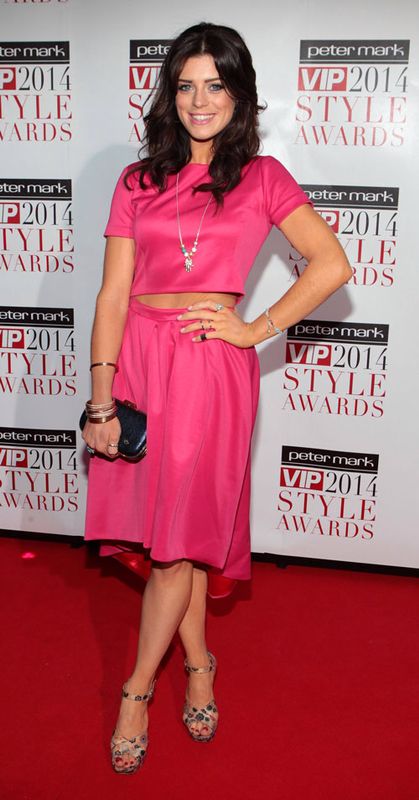 A little Hello! & What I Wore! Woohoo it’s Friday! Tonight it’s the VIP Style Awards. They’re being held in the Marker Hotel in Dublin- the 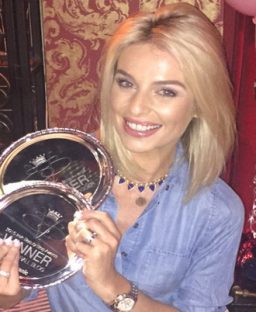 Award Winning Night! & What I Wore!

Last night I attended the Irish Beauty Blog Awards in Dublin. I was delighted to even be shortlisted in a number of categories. 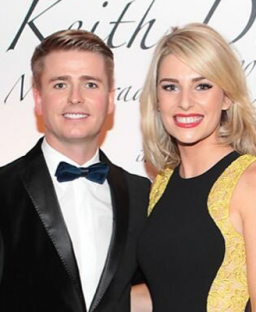 Great night for a great cause!

On Saturday night we attended Keith Duffy’s annual Christmas ball all in aid of Irish Autism Action. We had such a good