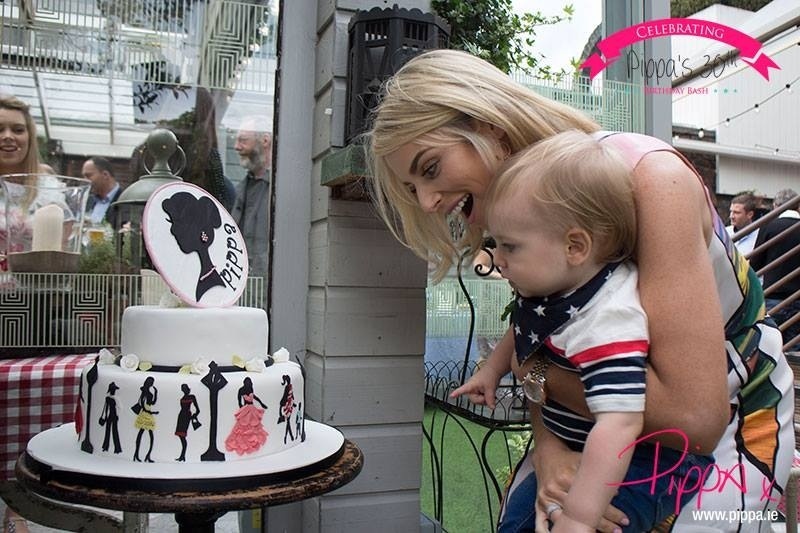 I had a small party in my Mum’s back garden. I vividly remember my wonderful grandparents there, the life and soul of the party, as always. Karl telling jokes and Dodo singing- we never called them granny or grandad, they were “too young” for that.

They passed away 6 years ago now, Karl a year after Dodo, of a broken heart more than anything I believe.

I miss them terribly as they were a massive part of our childhood.

The years since my 21st have literally flown by.

When I thought about writing this post I thought a lot about everything that’s happened over the years.

When I left school I wanted to be an actress. I didn’t know how to really go about it but that’s what I fancied. I attended classes, studied drama, did a few bits and bobs but that was it.

I back packed around Thailand with my 2 best friends. I don’t think I appreciated it at the time but that was a wonderful experience and something I’d tell everyone to do if they can.

I worked in a clothes shop on Grafton Street to make money. It was a ladies boutique, a lot of the customers were older. I got such a thrill dressing people, I’d pick out outfits for people from head to toe. I loved seeing them so pleased. I would talk to the women for ages, I got to know some really well. I think they used to come in just to talk to me.
I loved the girls I worked with too- we had great fun. They were all older than me and really mothered me.
They’d tell me I was wasted in there but I really enjoyed it.

After a while I bored, I was at a crossroads and didn’t know which way to go.

I eventually left there and went to work for my brother Cian as his pa, I was 20 at this stage.
He is a very successful show jumper and runs a busy business. I worked in his office for about a year. I was a hopeless pa as he still always reminds me of today. Again I was bored and knew I was yet to find something that fulfilled me.

I don’t believe things “just happen” in life, i think you’ve to work hard to get to where you want to be. When I think about how I started modelling though that definitely just happened.. I didn’t pursue it.

I knew of people in the industry and after some persuasion I just walked into Assets modelling agency in August 2004.

They said they might be able to get me work, I wasn’t promised anything. Nor was I hopeful of doing much. I didn’t see myself as a “model” I think that’s such a cringe job title.. Like ‘look at me I love myself’ I was far from that. I still am.

I got a call the next day to do a photocall alongside Sarah McGovern. I had always admired her in the paper so naturally I was so nervous. I still have that press cutting in a scrapbook somewhere, my Mum still keeps everything.

After that the calls got more regular, I worked a couple of times a month at the beginning. When I think back now some of the jobs were ridiculous, but I was young and great full for earning good money for the few hours work.

Before I knew it I was working full time. Some weeks every single day. I still lived in Kildare at the time and had a path worn up and down the Naas road.

I built up good relationships with clients and was just lucky they liked me and kept using me.

I loved it, I formed a great group of friends from the agency too.

I moved on from Assets about 4 years ago. I was one of the first to join Andrea Roche when she opened her own agency. Well myself and Rosanna Davison were the first. We joined the same week.

I’ve been very lucky in my modelling career and I’m so great full for the connections it provided me.

I got to meet great people, go to nice places and be involved in lots of tv shows.

Don’t get me wrong it had it’s up and downs too, when you’ve bills to pay and you’ve had a quiet month that’s stressful.

I’ve also had some horrible moments with horrible people I met along the way. I’ve been made cry on a few occasions through work. That’s never nice but it’s all part of growing up and toughing up.

Today it would take a lot to upset me. Anybody could say anything to me or about me and it would honestly be water off a ducks back. (Outside of family I mean) I wouldn’t take crap from anyone now, no job is worth that and I just don’t tolerate people in my life like that anymore. Life is short and I really feel strongly about only surrounding yourself with good people that lift you up.

When I met Brian i was still so young and care free (23) working hard, having a great time.

We moved in together, got our beloved dog Lily and I continued to enjoy myself.

On Christmas Eve 2009 we got engaged. I was so busy doing panto in the Tivoli at the time. It was really unexpected but amazing. I was over the moon.

That was definitely one of the best days of our lives.
It’s such a memorable happy day.

In August 2012 I celebrated my 28th birthday in London.
We were there to watch my brother compete in the London Olympics. Another day I’ll never forget.
It was pretty special witnessing him win a bronze medal.

Little did I know I was pregnant at the time.
We were so excited to tell people, but we managed to keep it to ourselves for a while.

It was while I was pregnant I decided it would be fun to start blogging. Women were asking me about maternity fashion so I thought a fashion blog would be a good hobby and something I’d enjoy.

It ended up being so much more. The end result was a website that I loved.
After Ollie was a few months old I decided to work really hard on putting a lot of content into the site.
It was like having a baby gave me extra fire in my belly.

Only 12 months on and pippa.ie is something I’m really proud of, it’s growing massively every month.

It can be difficult to get a good balance. Obviously Ollie is the priority when it comes to my time. He’s only in crèche 2 days a week so I try to cram my modelling, writing, YouTube and U magazine column into those days. It’s never enough time so I do find myself working late most other nights. I’m extremely lucky that Brian is home more than most working parents. He might be busy working in the evenings, or for a few days in a row or might have nothing on for weeks so he’s there to take over with Ollie. If it wasn’t for that too I wouldn’t be able to get everything done.

I’ve learned to be more organised since becoming a Mum. I think that’s the key. On a Sunday we will plan out the week. Who’s working when.. Who’s taking Ollie to crèche..What am I cooking for the week etc.

No week is the same. Which is good and bad I think. Being self employed is great when things are going well but equally stressful at times too.

I thought I’d have it all sorted when I turned 30!!
I’m far from sorted (is anyone ever?!) but I do feel at my most content, I feel happy and strong.

The best is yet to come! 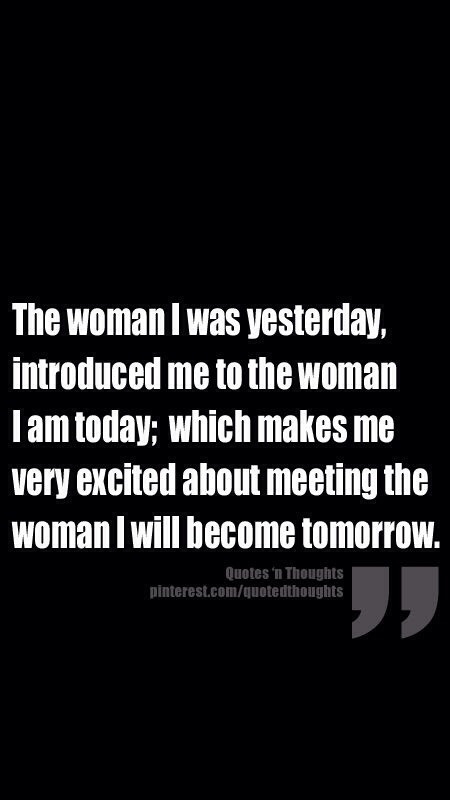 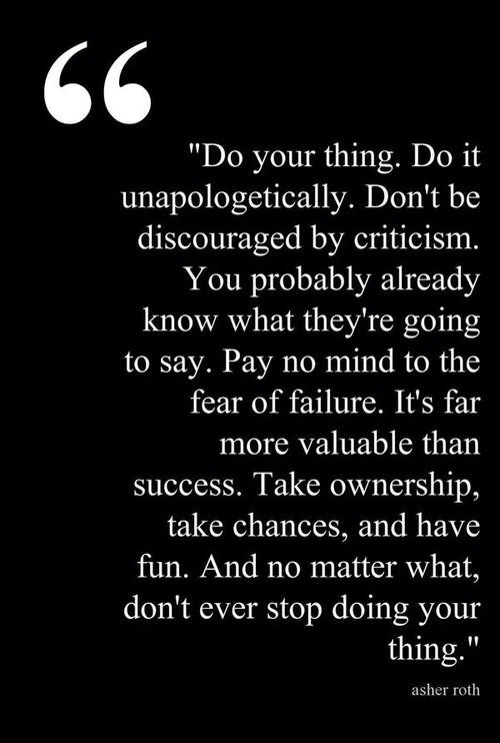 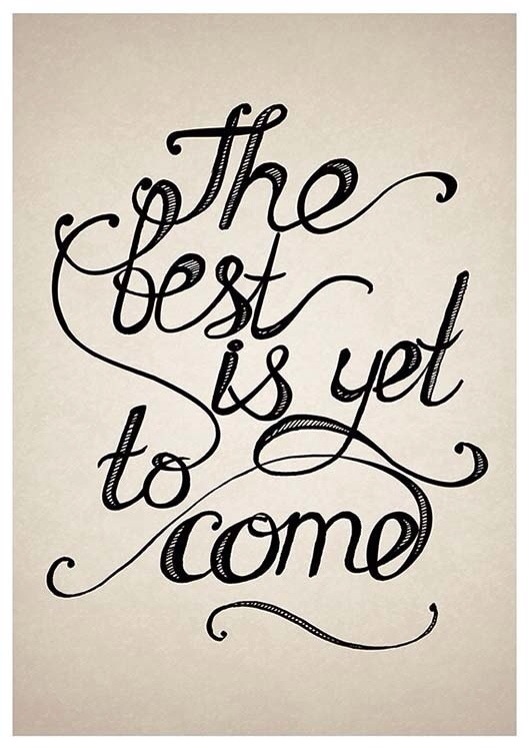 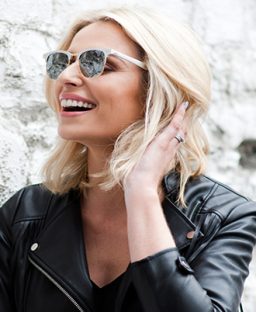 Hi All! Hip Hap Happy Friday! And… Happy Birthday to me! Yay! I was born in Mount Carmel at 5pm 31 years ago today. At 11lbs! 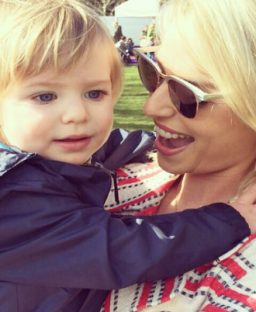 Just over 2 years ago I was preparing to go to hospital to have my baby. I was scared and anxious of the unknown. I never

Hello! I hope you all had a good week and stayed safe in that weather, god it was crazy wasn’t it. My week flew by. We