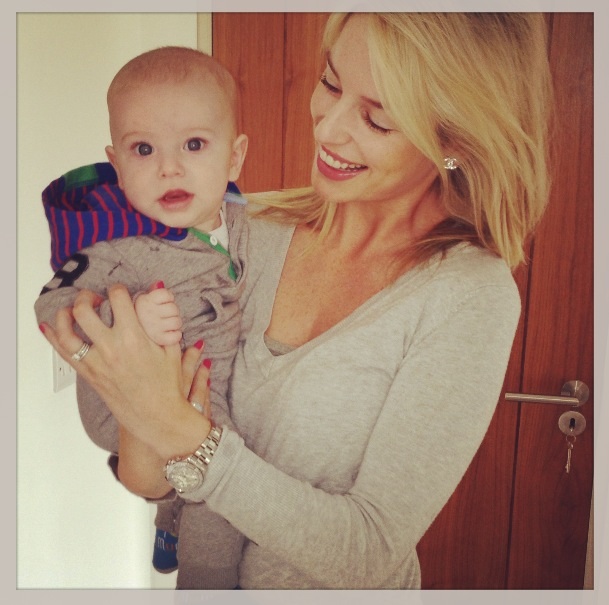 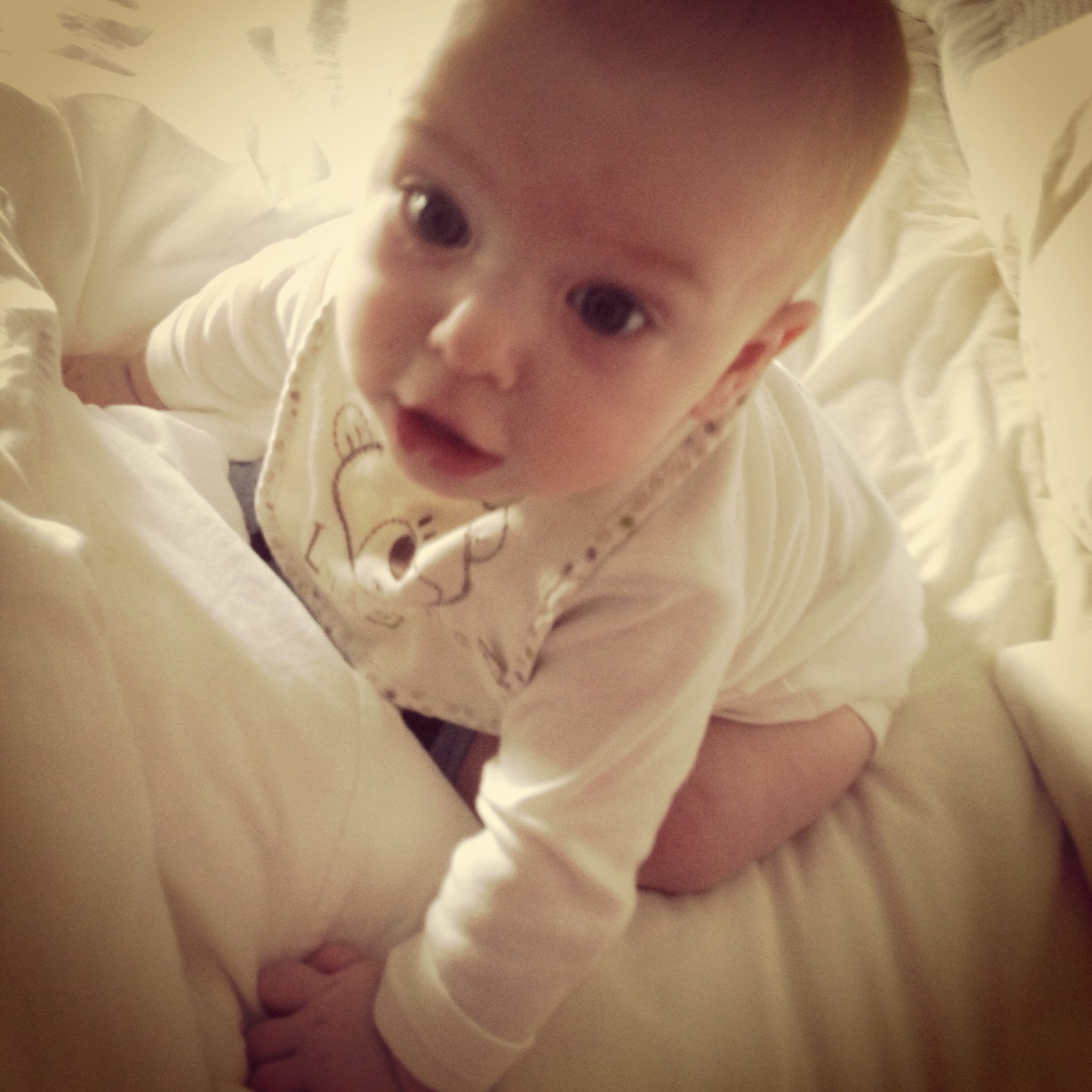 Ollie turned 5 months this week. Every parent tells you how quickly the first year especially goes but I can’t quite believe how quickly it really has gone so far. I think because they change so much so quickly in these months that you don’t see the time pass.
I really thought Ollie would be a little newborn for longer. That baby baby look has gone now and he’s developing into a little character.

The past few months have been amazing, hard, emotifonal, rewarding and by far the biggest change of our lives.
He has brought so much joy into our lives. Everyday I feel lucky and grateful to have him! (Soppy but true)

Even when there’s mornings we are absolutely exhausted from lack of sleep all Ollie has to do is smile and I forget all about it.

It’s wonderful and exciting to see your baby do new things every week, he’s rolling back and forth constantly now, he gets hyper when our dog Lily approaches him, and last week for the first time he shouted at me because I stopped feeding him for a minute , then he tried to grab the bowl and spoon from my hands (I wasn’t going fast enough!!) He isn’t very patient.

I’m not sure if it’s a boy thing but he won’t sit still on my lap for more than 2 minuets now either, unless of course he’s having a bottle!
He gets bored and arches his back to move, he wants to be on the floor rolling or up on my shoulder looking around. I have friends that have little girls around the same age and they quietly sit on their mums laps!
Ollie prefers to be on the move! A bit like his dad I think- cant sit still!

He loves looking at books, listening to nursery rhymes and being in his pram looking at all the people passing him.
We just started swimming classes too which he seemed to really enjoy. I like getting out and doing as much as I can with him. It’s good for us both.

His favourite thing though is simply being talked to – if you engage with him one on one he try’s his best to talk back to you.
He is always happy and always smiling.

I started to introduce solids at 17weeks old. He was definitely ready. He was devouring his bottles, wanted more all the time and just wasn’t satisfied.

It took Ollie a week to get the hang of the spoon. Most of the baby rice and food wasn’t swallowed in the first few days.

Now he has breakfast – usually quarter of a banana , I might mix that with some peach.

His main meal is at lunchtime- he’ll have something like sweet potato & courgette. Or carrot, parsnip & swede.
After that he’l have a fruit. His favourites are mango, plum or pear.
I have loads of things stocked in the freezer so I try to give him something different everyday.

In the evening he has another snack like apple & pear.

He is so hungry which I suppose is a good thing. He’s been like that from the second he was born. Like a little bird trying to latch onto anything he could get!!

Bed time is around 7pm after his bottle.
He gets a dream feed around midnight.
What happens between 12am and 7am can differ, some nights he doesn’t stir other nights he wakes a couple of times.

It’s funny because I find the first thing you’re asked by fellow mothers is “does he sleep well”
We’re all obsessed with getting them to sleep through the night!
Which I totally understand as it’s soo exhausting on night’s that they don’t.
Though I think we forget that they’re still so young and small, they’re all different, they all do things at different stages. It doesn’t make one baby better than the next.
I think sometimes we expect too much from them too soon! 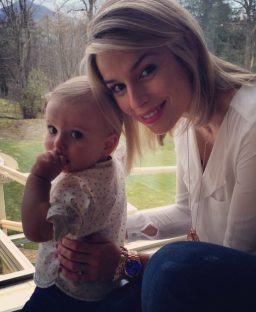 Ollie turns 1 next week. Quite possibly the quickest year of my life. I get quite emotional even thinking about it .. 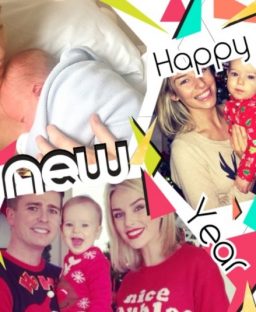 Hello! I took a little break from posting last week to just relax and enjoy Ollie’s first Christmas. That we definitely