SHE GAVE birth to her first child just seven weeks ago.

And already new mum Pippa O’Connor is happy to pose in bikini tops and shorts for her first post-baby photoshoot.

With her flat stomach and toned thighs, Pippa (28) shows off her enviable bikini body as she poses and pouts in a variety of retro swimsuits and summery shorts for Stellar magazine.

Pippa and husband Brian Ormond welcomed baby Ollie into the world on April 10.

And the new mum says the secret to shedding that baby weight is simple: take plenty of leisurely strolls and breastfeed.

“To be completely honest, I haven’t really done anything except breastfeed Ollie,” she said.

“A lot of people say that breastfeeding helps with the weight, so maybe that’s the secret. I’ve started walking with Ollie in his pram every day, which I’m enjoying.

“Having said that, I didn’t really put weight on apart from my bump – and Ollie was a big bump.”

Kildare native Pippa put on two stone while she was pregnant and says she’s almost down to her pre-pregnancy figure.

“I haven’t weighed myself in a while, but I’m about two pounds short of what I was. So I’ve lost 26lb since having him.

“I haven’t really got my figure back – my stomach isn’t what it used to be – but that’s to be expected, and I’m not going to worry.”

The glowing mum says she never felt any pressure to shift her baby weight quickly. “I was so delighted that I was pregnant and having Ollie that I didn’t care if it took me six weeks or six months to lose the weight,” she told Stellar.

But Pippa can understand why other mums feel the strain to slim down.

“It’s such an emotional time anyway and then you look down at your body and you don’t feel the way you did and that can be really tough.

“Your emotions are all over the place as it is, and then you look at Victoria Secret’s models in magazines who’ve just had their babies and they’re like machines.

“Of course people are going to compare themselves, but I don’t think you should be too hard on yourself or focus on it too much.”

Ollie Ormond Out Dresses Dad On Golf Day Out (RSVP) 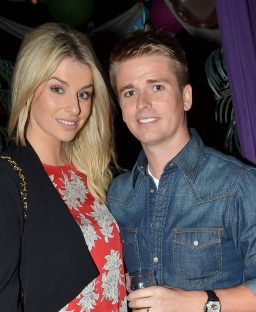 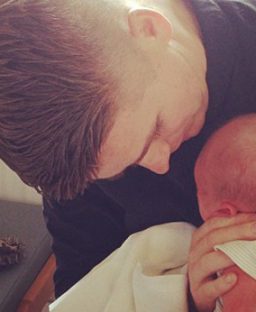 Brian And Pippa Show Baby Ollie To The World (RSVP)

RSVP Magazine, 16-April-2013 RSVP was thrilled for Brian Ormond and Pippa O’Connor Ormond yesterday when they announced they 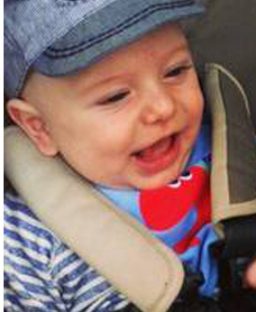