No posing tips for Pippa’s brother Cian (The Herald)

MODEL Pippa O’Connor has revealed her showjumper brother Cian didn’t need any tips from her when it came to striking a pose with his Olympic bronze medal.

TOP model Pippa (28) is well used to getting in front of the cameras and was on hand to give advice to Cian at his first photocall since winning his medal in London last week.

But confident Cian (32) had no problem smiling and performing for the cameras, according to Pippa. “We did a photocall at the RDS but he didn’t need much advice from me — he’s well able to pose by himself,” she quipped.

“He was in great form for it. Every second person was coming up to him and congratulating him on winning the medal and we’re really happy for him.”

Pippa also said that the family opted for a low-key family celebration instead of pulling out all the stops for a massive homecoming party in their native town of Johnstown, in Co Kildare as ambitious Cian is too busy focusing on his next competition.

It’s already back to business for the show-jumping champion as he gears up to compete with Ireland’s Aga Khan team at Dublin Horse Show this Friday as well as the individual competitions. “I’m sure he would have loved something but, physically, he just doesn’t have the time. He had to race back from London on Thursday to get everything ready for the RDS,” she added. “We had a family thing for him on Friday, but because he’s been so busy and has lots of horses competing in the RDS, he hasn’t had a chance to celebrate properly.

“He wants to stay focused and not get caught up in the other stuff. He’s absolutely delighted he got the medal but he’s always looking at the next competition.”

However, the Celebrity Bainisteoir star added how there will be an official presentation for Cian during the Horse Show to mark his huge achievement last week. “They’ll probably do something towards the end of the week for him which will be lovely,” she said.

Christmas Gifts For Him 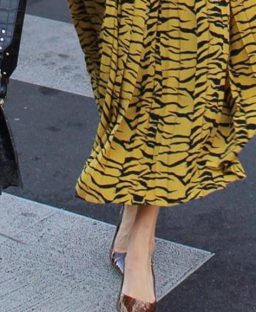 Want to see what’s on our Christmas wish list?

It's time to seriously swoon over some fabulous

It’s finally Pay Day a.k.a. the perfect time to treat